American comic artist Charles Burns’s new project, X’ed Out, is only a volume deep but already utterly compelling - merging the exotica of Hergé’s classic Tintin with a painful eye on the 1980s hardcore scene Burns himself came of age in and a heavy dose of psychological horror to boot.

Hergé’s work was bootlegged around the world - cheap photocopied replicas for remote markets, sometimes even adapting and appropriating the art for risque purposes. Extending the homage, Burns has decided to ‘bootleg’ X’ed Out himself as Johnny 23.

Limited to only a few thousand copies, Johnny 23 is mainly chopped up and rearranged images from X’ed Out, presented in a loving washed-out magenta and in an unintelligible alien alphabet.

He’s also done this more explicit tribute to Hergé - purists may want to take the bench. 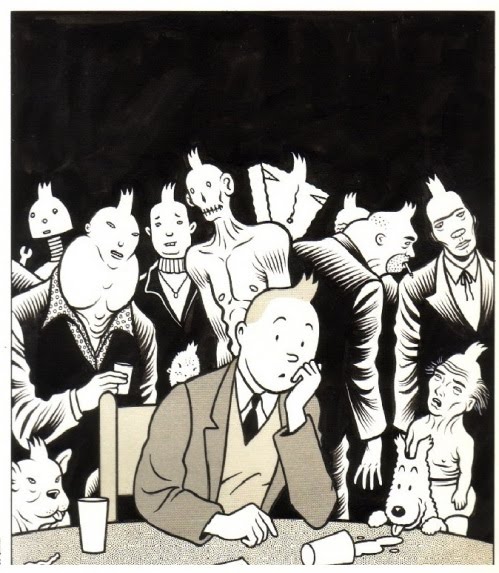